JERSEY CITY, N.J., March 1, 2017 /PRNewswire/ — At a time when great uncertainty and pessimism seems to be permeating society, Liberty Science Center President and CEO Paul Hoffman is ready to redirect the national conversation on optimism – specifically «techno-optimists,» those «singularly brilliant technologist entrepreneurs who are inventing a better future for all of us.» 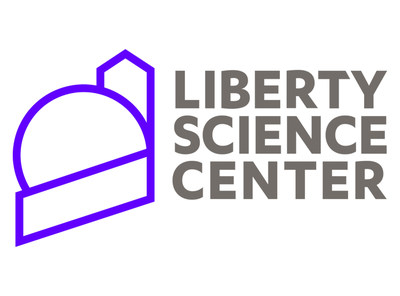 So, it is highly appropriate that the Center’s 2017 Genius Award winners who’ll be honored and feted at its Genius Gala 6.0 on Friday, May 5 reflect just such individuals.  They are mathematician Katherine Coleman Goble Johnson, one of the first African-American women to be employed by NASA and the subject of the Academy Award nominated film Hidden Figures, and Ray Kurzweil, one of the world’s leading inventors, thinkers, authors, and futurists who has been called «the restless genius» by The Wall Street Journal, «the ultimate thinking machine» by Forbes, and the «rightful heir to Thomas Edison» by Inc. magazine.  And for the first time, the Center will bestow a Genius Award on a machine, SpotMini, the newest robot from Boston Dynamics, the company that is on the forefront of designing bipedal and quadrupedal robots whose movements uncannily mimic those of human beings and animals.  Also to be honored will be SpotMini’s carbon-based enablers, Boston Dynamics founder and CEO Marc Raibert and the Boston Dynamics Robotics Team.

In making the announcement, Hoffman stated: «Given the current pessimism and uncertainty that’s unfortunately sweeping the media and our society, we are making the 2017 Genius Gala a celebration of ‘techno-optimists,’ those visionaries and trailblazers whose work is profoundly transforming the world in which we live, now and in the future.»

Katherine Johnson, 98, was born and raised in West Virginia.  A mathematical and language whiz, she graduated from high school at 14 and college at 18. In 1939 she became the first African-American woman to attend graduate school at West Virginia University in Morgantown. In the pre-computer days at NASA, Johnson calculated the trajectories, launch windows, and emergency back-up return paths of the first manned space missions.  Even after NASA started relying on the IBM 7090 electronic computer, John Glenn and other astronauts refused to board the rockets until Johnson hand-checked the flight calculations.  Her calculations and strategic thinking helped get the Apollo 13 astronauts safely back to Earth.  Later in her NASA career, she worked on the Space Shuttle and a planned mission to Mars.  The story of Johnson and other female African-American mathematicians at NASA is memorialized in the film Hidden Figures, which received a 2017 Oscar nomination for Best Picture.  Johnson is the recipient of the 2015 Presidential Medal of Freedom.  In 2016, the NASA Langley Research Center named a new 40,000-square-foot wing the Katherine G. Johnson Computational Research Facility on the occasion of the 55th anniversary of astronaut Alan Shepard’s historic rocket launch and splashdown, which Johnson helped achieve.

Ray Kurzweil is the world’s foremost expert in designing machines that understand written and spoken human language. He is the principal inventor of the first CCD flat-bed scanner, the first omni-font optical character recognition, the first text-to-speech synthesizer, and (thanks to a challenge by Stevie Wonder) the first music synthesizer capable of recreating the grand piano and other orchestral instruments.  Today, Kurzweil is Director of Engineering at Google, where he is working on a natural-language chatbot. Kurzweil has received 21 honorary doctorate degrees and been honored by three United States presidents.  In 1999 he received the National Medal of Technology and Innovation, the United States’ highest honor in technology. In 2001, he was the recipient of the $500,000 Lemelson-MIT Prize, the world’s largest monetary prize for innovation. In 2001, Kurzweil was inducted into the National Inventors Hall of Fame for inventing the first print-to-speech reading machine for the blind.

As an author and speaker, Kurzweil is the leading proponent of Singularity, the provocative idea that artificial intelligence will soon surpass human intelligence and that people and machines will merge and overcome cancer, diseases of cellular aging, and perhaps even death.  He is the author of five national bestsellers, including The Age of Spiritual Machines and The Singularity is Near.

SpotMini, Marc Raibert and the Robotics Team at Boston Dynamics. SpotMini, the newest robot from Boston Dynamics, exhibits the behavior of a medium-size dog with a supernaturally dexterous mouth that is able to place delicate glassware in a dishwasher, carry a glass of water to a bedridden person without spilling it, and deliver a fragile package many miles (perhaps giving Amazon’s future delivery drones a run for their money).

Marc Raibert was a professor of engineering, robotics, computer science, and artificial intelligence at Carnegie-Mellon and MIT before founding Boston Dynamics in 1992. The Google-owned simulation and robotics company builds advanced robots with remarkable behavior: mobility, agility, dexterity and speed. Raibert and his world-class team pride themselves on creating machines that are not only innovative but also functional and improve daily life.

The 2017 Genius Gala begins at 6pm on May 5 at LSC in Jersey City and brings together 700 industry leaders and philanthropists from the NY/NJ metropolitan area. The Corporate Chair of this «creative black-tie» evening is Steve Howe, US Chairman and Americas Managing Partner of EY. Ticket prices start at $1,250 per guest with options for table sponsorship from $12,500 to $100,000. For more details, please visit lsc.org/gala.  All Gala proceeds benefit LSC’s exhibitions and programs, particularly the science-education programs that LSC does for 91,000 «at-risk» children across the New Jersey/New York Region.

Liberty Science Center (LSC.org) is a 300,000-square-foot not-for-profit learning center located in Liberty State Park on the Jersey City bank of the Hudson near the Statue of Liberty. Dedicated to bringing the power, promise, and pure fun of science and technology to people of all ages, Liberty Science Center houses 12 museum exhibition halls, a live animal collection with 110 species, giant aquariums, a 3D theater, the world’s largest IMAX Dome Theater, live simulcast surgeries, a tornado-force wind simulator, K-12 classrooms and labs, and teacher-development programs. More than 250,000 students visit the Science Center each year, and tens of thousands more participate in the Center’s offsite and online programs. LSC is the most visited cultural institution in New Jersey with 650,000 visitors annually and the largest interactive science center in the NYC-NJ metropolitan area.

To view the original version on PR Newswire, visit:http://www.prnewswire.com/news-releases/liberty-science-centers-genius-gala-60-on-friday-may-5-celebrates-techno-optimists-brilliant-technologist-entrepreneurs-inventing-better-future-300417061.html