BOONTON, N.J., Nov. 8, 2017 /PRNewswire/ — Phelps Construction Group recently completed The Grammy Museum Experience™ at the Prudential Center in Newark, New Jersey. The 8,200 square foot museum is the first location on the east coast. It is located on the ground level of the Prudential Center and features educational programming and interactive exhibits which will allow guests to play instruments and learn how to mix songs. The museum includes a permanent collection, featuring a Jersey-centric display celebrating the Garden State’s beloved artists, as well as traveling collections. 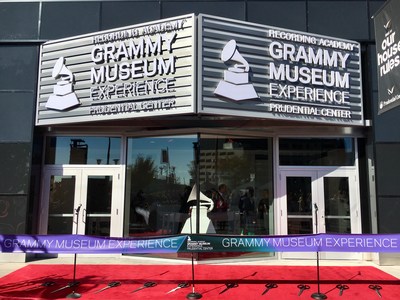 Phelps Construction Group, headquartered in Boonton, NJ, provides pre-construction, construction management and design-build services. The firm has completed a wide range of major commercial, industrial and institutional projects since its founding in 2007, including the construction of Teachers Village on Halsey Street, the historic 18th Avenue School for KIPP:NJ and several renovations for the New Jersey Devils at the Prudential Center. Most recently, the firm began construction of the Statue of Liberty Museum on Liberty Island for The Statue of Liberty-Ellis Island Foundation, Inc.