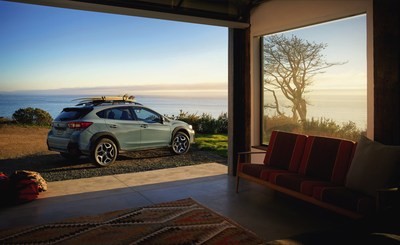 June marked the 40th consecutive month of 40,000+ vehicle sales for the company. Crosstrek, Forester, Outback and Impreza sales were notably strong as each model achieved its best June ever.

«We are very pleased to have set another half-year record and to have reached our 67th consecutive month of yearly month-over-month sales increases,» said Thomas J. Doll, president and chief operating officer, Subaru of America, Inc. «Despite a more competitive market, we’re proud of our retailer’s ability to increase sales volume and market share.»

«We are pleased to have exceeded 50K sales for the tenth time in the past twelve months and we are optimistic about our results for the remainder of the year,» said Jeff Walters, senior vice president of sales. «We will benefit as the all-new 2018 Crosstrek starts arriving at our retailers later this month.»

About Subaru of America, Inc.

Subaru of America, Inc. (SOA) is a wholly owned subsidiary of Subaru Corporation of Japan. Headquartered at a zero-landfill office in Cherry Hill, N.J., the company markets and distributes Subaru vehicles, parts and accessories through a network of more than 620 retailers across the United States. All Subaru products are manufactured in zero-landfill production plants and Subaru of Indiana Automotive, Inc. is the only U.S. automobile production plant to be designated a backyard wildlife habitat by the National Wildlife Federation. SOA is guided by the Subaru Love Promise, which is the company’s vision to show love and respect to everyone, and to support its communities and customers nationwide. Over the past 20 years, SOA has donated more than $120 million to causes the Subaru family cares about, and its employees have logged more than 40,000 volunteer hours. As a company, Subaru believes it is important to do its part in making a positive impact in the world because it is the right thing to do.

To view the original version on PR Newswire, visit:http://www.prnewswire.com/news-releases/subaru-of-america-inc-reports-record-june-sales-300483009.html