FAR HILLS, N.J. and ST. ANDREWS, Scotland, March 1, 2017 /PRNewswire/ — The USGA and The R&A have unveiled a preview of proposed new Rules of Golf, as part of a joint initiative to modernize the Rules and make them easier to understand and apply.

The online release of this preview begins a six-month feedback and evaluation period during which all golfers worldwide can learn about the proposed changes and provide input before they are finalized in 2018 and take effect January 1, 2019.

The announcement follows a comprehensive review process that began in 2012 with a working group of key USGA and R&A Rules administrators, professional tour officials and other Rules experts. While the Rules are revised every four years, this is the first fundamental review since 1984, and was established to ensure the Rules fit the needs of today’s game and the way it is played around the world.

«We are excited and encouraged by the potential this work brings, both through the proposed new Rules and the opportunities to use technology to deliver them,» said Thomas Pagel, senior director of Rules & Amateur Status for the USGA. «We look forward to an ongoing conversation with golfers during the feedback period in the months ahead.»

David Rickman, executive director – Governance at The R&A, said, «Our aim is to make the Rules easier to understand and to apply for all golfers. We have looked at every Rule to try to find ways to make them more intuitive and straightforward, and we believe we have identified many significant improvements. It is important that the Rules continue to evolve and remain in tune with the way the modern game is played, but we have been careful not to change the game’s longstanding principles and character.»

The proposed 24 new Rules, reduced from the current 34, have been written in a user-friendly style with shorter sentences, commonly used phrases, bulleted lists and explanatory headings. The initiative also focuses on assessing the overall consistency, simplicity and fairness of the Rules for play.

The Rules are currently delivered in more than 30 languages, and the proposed wording will support easier translation worldwide. When adopted, the Rules will be supported by technology that allows the use of images, videos and graphics.

Highlights of the proposed Rule changes include:

A series of materials have also been prepared to explain the proposed Rule changes and provide background on the initiative. Found on usga.org/rules and randa.org, they include:

Golfers are encouraged to review the proposed changes and submit feedback online via worldwide survey technology that can be accessed at randa.org or usga.org/rules from now until August 31, 2017.

The feedback will be reviewed by the USGA and The R&A in establishing the approved final version of golf’s new Rules. These are due to be released in mid-2018 ahead of a January 1, 2019 implementation. Social media fans can also follow the discussion using #GolfRules2019.

Players are reminded that the current 2016 Edition of the Rules of Golf remain in force when playing, posting scores or competing, until the new Rules are officially adopted by the USGA and The R&A in 2019. The Rules of Amateur Status and the Rules of Equipment Standards were not part of this review process.

About the USGA
The USGA conducts the U.S. Open, U.S. Women’s Open and U.S. Senior Open, as well as 10 national amateur championships, two state team championships and international matches, attracting players and fans from more than 160 countries. Together with The R&A, the USGA governs the game worldwide, jointly administering the Rules of Golf, Rules of Amateur Status, equipment standards and World Amateur Golf Rankings. The USGA’s reach is global with a working jurisdiction in the United States, its territories and Mexico, serving more than 25 million golfers and actively engaging 150 golf associations.

The USGA is one of the world’s foremost authorities on research, development and support of sustainable golf course management practices. It serves as a primary steward for the game’s history and invests in the development of the game through the delivery of its services and its ongoing «For the Good of the Game» grants program. Additionally, the USGA’s Course Rating and Handicap systems are used on six continents in more than 50 countries. For more information, visit http://www.usga.org.

About The R&A
Based in St Andrews, The R&A runs The Open, elite amateur events, international matches and rankings. Together The R&A and the USGA govern the sport of golf worldwide, operating in separate jurisdictions but sharing a commitment to a single code for the Rules of Golf, Rules of Amateur Status and Equipment Standards. The R&A, through R&A Rules Ltd, governs the sport worldwide, outside of the United States and Mexico, on behalf of over 36 million golfers in 140 countries and with the consent of 152 organisations from amateur and professional golf.

The R&A is committed to working for golf and supports the growth of the sport internationally and the development and management of sustainable golf facilities.  For more information, visit www.randa.org. 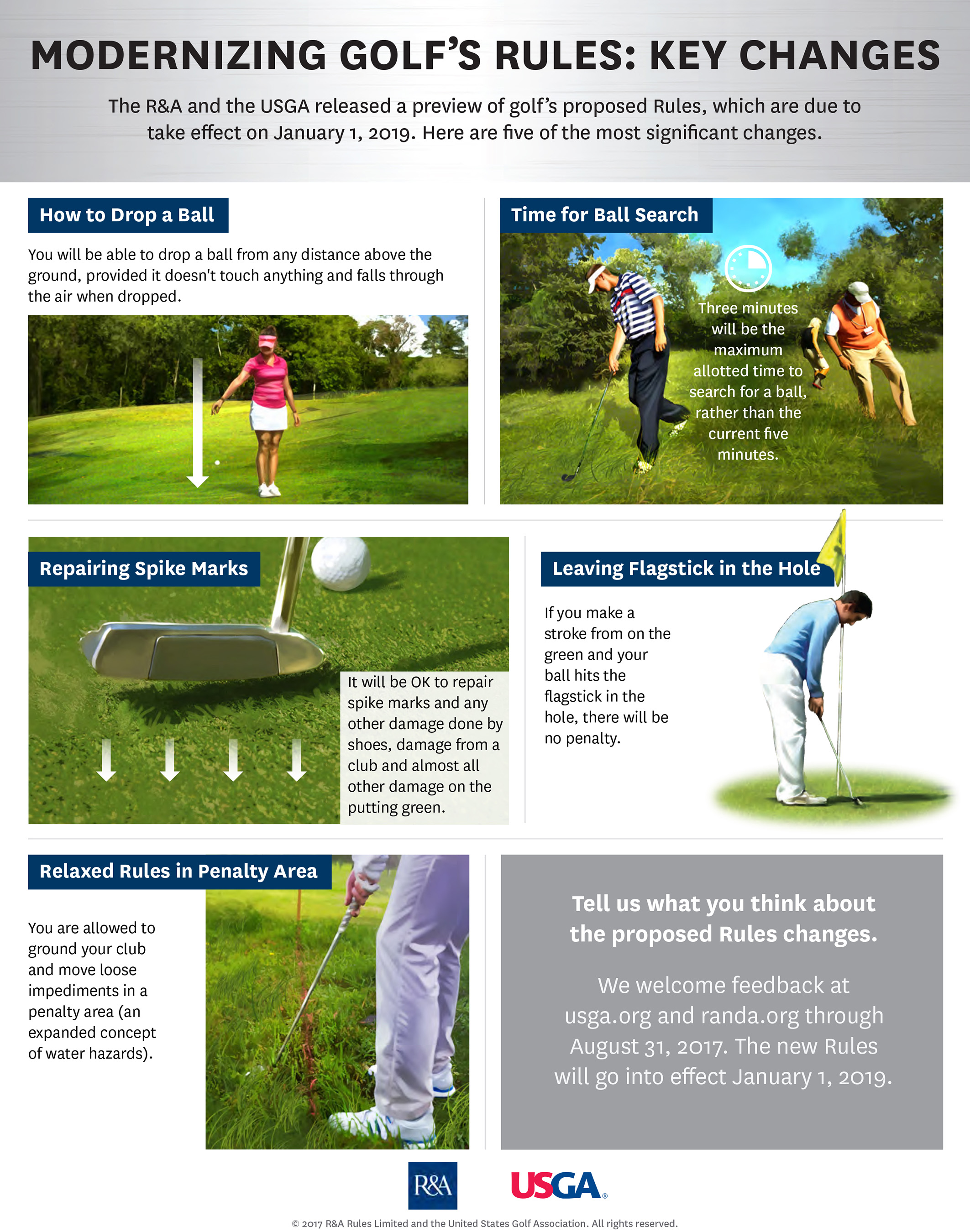 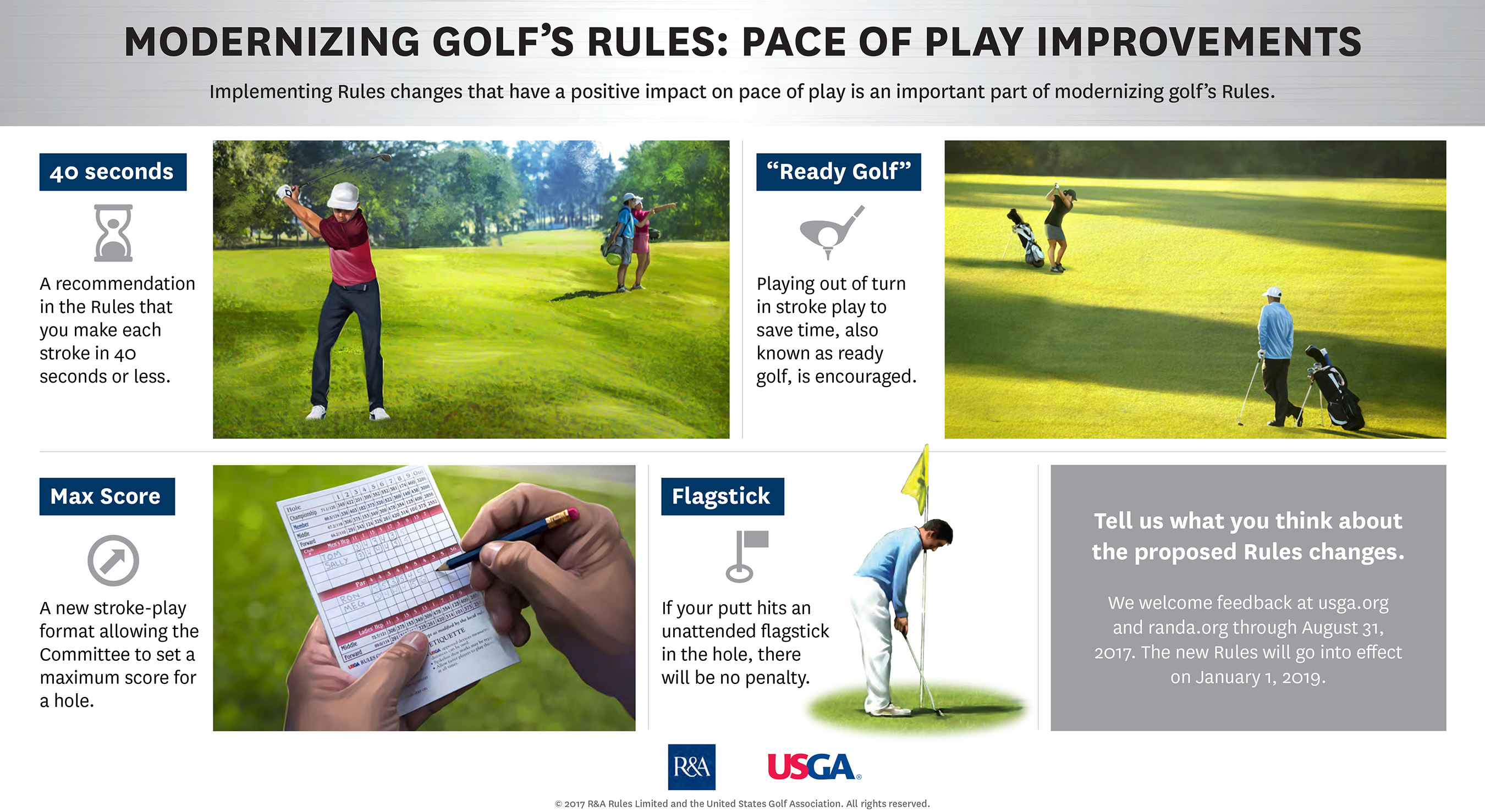 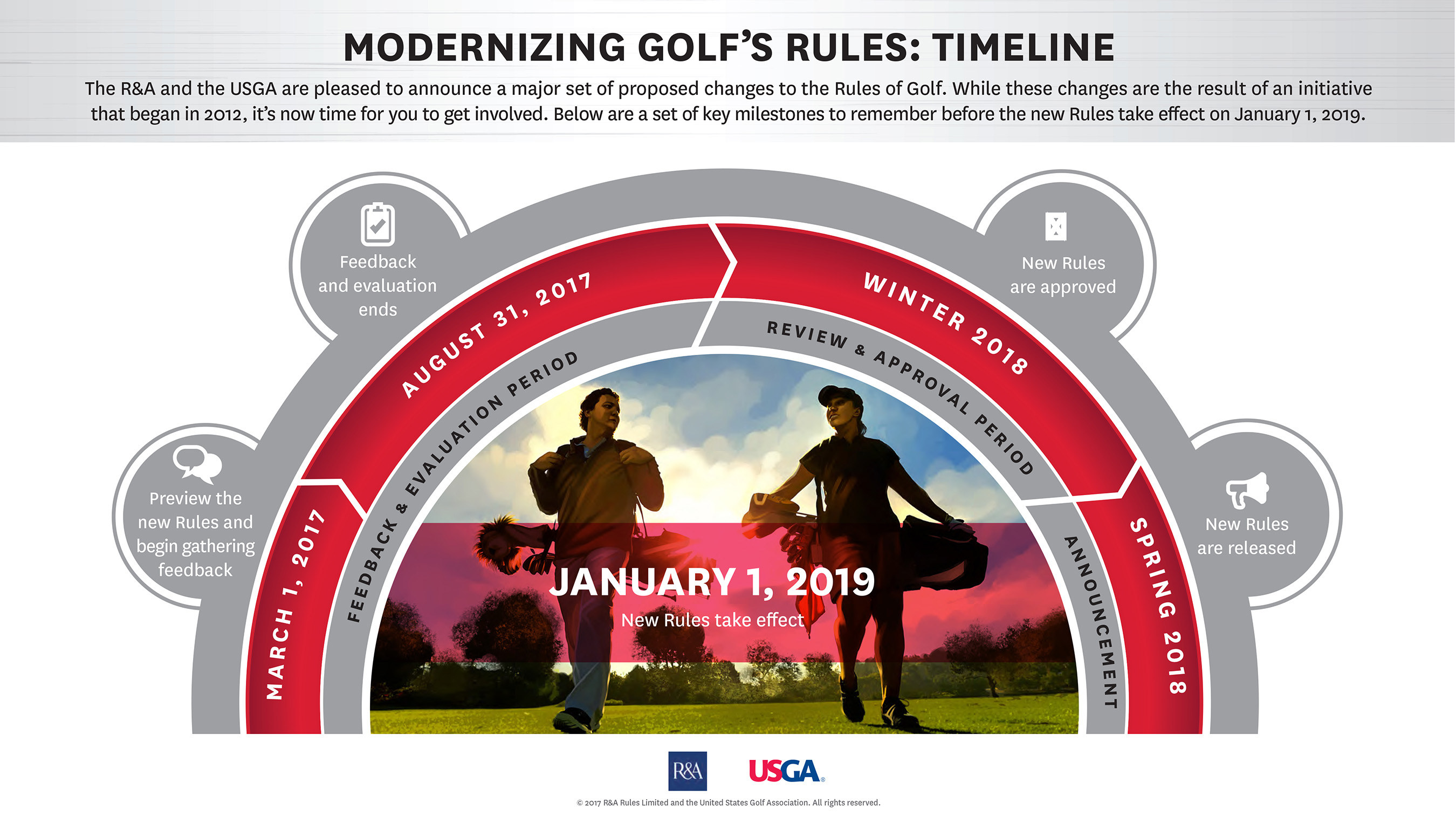 To view the original version on PR Newswire, visit:http://www.prnewswire.com/news-releases/usga-and-the-ra-announce-proposed-changes-to-modernize-golfs-rules-300415908.html